Reuters reports that Airbus has cancelled the remaining A350 orders from Qatar Airways in the ongoing dispute between the manufacturer and airline about the decaying paint job on the anti-lightening mesh of some delivered aircraft.

If you want to have a look at the damage Qatar is talking about, view the video in this Reuters Article.

Airbus and Qatar have been waging a battle, including a law suite for US$1.4 billion about around 20 A350 jets that have visible damage to their surface paint. Airbus is calling the damage cosmetic and insisting the aircraft are safe to fly, while Qatar’s regulator has grounded the aircraft on the grounds the damage is a safety issue.

Other purchasers of the same aircraft model have also acknowledged similar damage or missing or peeling bits of paint over the anti-lightening mesh.

Airbus is cancelling about US$3 billion worth of orders for 19 A350-1000 aircraft. That’s on top of having revoked a contract for 50 of the smaller A321neo jets in response to Qatar refusing to deliver some of the remaining A350 orders.

Airbus is posturing that this is all a tactic on behalf of Qatar to increase its profitability after the financial disaster of the pandemic. On the other hand, Qatar recorded its first profit this financial year since 2017.

Picking the truth in this dispute would be complete guesswork. However, there must be a real issue here somewhere; otherwise, why would Airbus be prepared to lose a big chunk of money over cancelled orders? And why would Qatar refuse plane deliveries when it has to pull out way-less efficient A380 aircraft from storage to meet the demand that the Qatar-sponsored FIFA World Cup will cause? Way beyond my pay grade!

With only 2 major long-haul aircraft manufacturers worldwide, it seems churlish to piss off the largest of them. It means when you are negotiating for aircraft purchases, Boeing has the upper hand if Airbus will no longer deal with you. 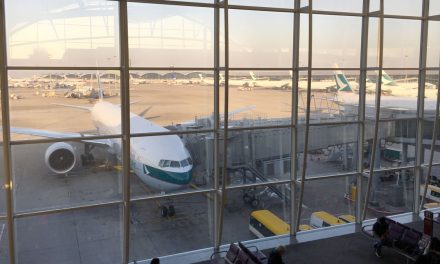