OK, yes, that headline is misleading, but it takes a leaf out of parents car trip playbook, and the listless kids in the back. The most difficult part of these ultra-longhaul trips is going to be the waiting to get there, with not enough distractions.

Today’s announcement feels a bit like a ‘look over here’ diversion, given the announcement of their less than stunning FY19 results. Their full-year profit fell by 6.5 per cent.

Qantas has announced that it will re-purpose the delivery flights of three 787’s to research how passengers experience ultra-long flights, similar to those it proposes for Project Sunrise.

Project Sunrise is the code-name for the Qantas proposal to run non-stop flights from Australia’s east coast, to London and New York.

Now, I always think that real-world research is a good thing. It’s all very well to make assumptions – but actual testing will reveal the things you didn’t predict.

So, I applaud Qantas for researching how these long flights will affect people, and for running the first direct flights between these destinations. I just have a problem with the way they are intending to do it.

Because there is no plane that currently exists to transport a full passenger load non-stop between say, Sydney and London, they are having to make some compromises on passenger load. In fact, they will be travelling with a token load of only 40 people, including the cabin and flight deck crew.

Putting only 40 people on a plane designed to seat over 200 is not really a way of testing how it feels to be cooped up with, let’s say, 236 people (the current capacity of a Qantas 787) in a tiny space for a very long time – is it?

“Ultra-long haul flying presents a lot of common sense questions about the comfort and wellbeing of passengers and crew. These flights are going to provide invaluable data to help answer them.”

I think this is really about the crew experience – especially the flight crew. The Civil Aviation Safety Authority (CASA) is going to have to sign off on the number of crew, the crew roster patterns and rest requirements to make these flights possible. I think what Qantas is doing is really about gathering data to support their case with CASA, rather than to make the flight experience better for those down the back of the bus.

Joyce even touches on this, amongst the hype and puffery about science and customer experience.

” . . . we’ll be using the results to help shape the cabin design, inflight service and crew roster patterns for Project Sunrise.”

I’ve said previously how sceptical I am that Project Sunrise will actually have legs. Mind you, I was fairly cynical about direct flights between Perth and London, and they have turned out to be very successful. (I never thought cameras on phones would catch on either.) So, to my surprise, I’m not infallible.

Confirming my view that Project Sunrise will not happen as predicted, or at least not as scheduled – you only need to refer to the last quote of the Press Release:

“There’s plenty of enthusiasm for Sunrise, but it’s not a foregone conclusion.  This is ultimately a business decision and the economics have to stack up.”

Well, the saddest part of this project is hidden in their key facts summary:

Other than crew, those in the cabin will mostly be Qantas employees taking part in testing. No seats will be sold as these flights are for research purposes only.

I’m sure I am not the only one who would kill to be on these unique flights ! 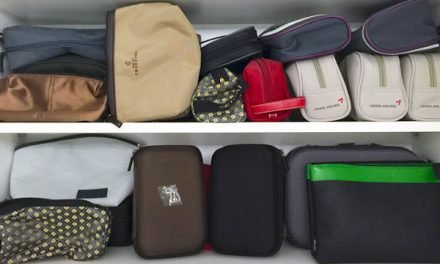