In a bid to control the spread of the COVID-19 coronavirus, Australian states have been closing and opening their borders depending on the numbers of infected residents of whatever is their next state across the border. And by closing, I mean requiring you to self-quarantine for 14 days on arrival in that state.

In May, when infection rates were down, there was a huge call for state governments to cancel these restrictions, which some slowly did over the next month or so. I was hoping to get to South Australia this week to sort out a few family things.

Well, then it all went to shit. I think that’s the correct technical phrase.

Victoria started recording very large increases in cases, and every state, including New South Wales (NSW) – my state – slammed down the state border shutters in no uncertain terms.

NSW then started seeing a slight increase in cases, and suddenly my trip to South Australia was cancelled by Qantas. South Australia had closed its borders to NSW and Victoria, but had presaged a reopening on July 20.

Up until this week, the northern Australian state, Queensland, very much a tourist-dependent state, and our closest thing to a ‘red’ state in the American sense, has been inviting all Australians to come on up and support their tourist industry, which has been hit severely by the ban on international inbound tourists.

The reality has been a little different with reports of Queensland natives abusing cars with southern state number plates, and even some of my NSW friends reporting being called ‘infected southern scum’ under the breaths of locals.

There has also been a scandal about a couple of Queensland women reportedly returning from handbag ‘acquisition’ trips to Sydney and Melbourne lying about their travel, and spreading the virus successfully, but that is a whole other can of worms.

Queensland has now announced it is closing its borders not only to Victoria (where the virus is running a little rampant) but also to those who have been in NSW ‘hotspots’ in the last fortnight.

If you have been in any of 34 areas considered as ‘hot spots‘ in NSW over the last two weeks, then, from 1 am on Saturday, August 1, you will be required to go into quarantine – not just self-isolation. ‘Quarantine’ means government-approved accommodation for which you will be charged. The cost will be: $2,800 for 1 adult, $3,710 for 2 adults, and $4,620 for 2 adults and 2 children.

If you are coming from elsewhere in NSW, and havn’t been to a ‘hot spot’, which basically means greater Sydney, then, if you have a valid border pass, Queensland will let you in.

OOOoooo! It’s getting hot in here! Border bickering has just ramped up.

Having dealt with the first wave very well, Australia is beginning to suffer from a worse second wave, apparently transmitted by young people not observing social distancing guidelines.

I think I’m heading back to hibernation – just as the winter of our COVID-19 discontent is not made glorious summer by these border closures. 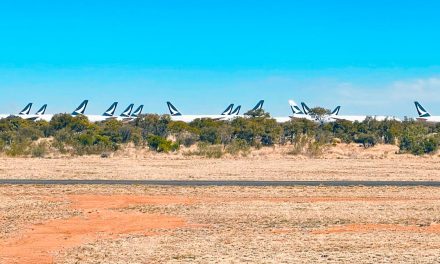